Milk in a Bag or Carton? 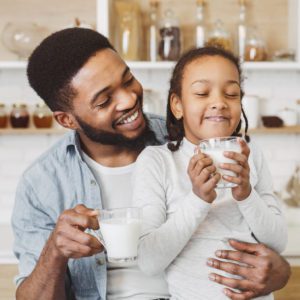 It’s true that plastic milk bags, not the cartons or jugs we are custom to here in the U.S., are de rigueur in many parts of Europe, Latin America and India.  These milk bags are catching on fast in Canada, South Africa, China and elsewhere as well.

Milk bags typically hold a liter of milk and are sold in three packs.  Most people snip off of the corner of the milk bag and keep it upright in a pitcher in the fridge. When the last drop has been used up the bags, which are made out of easily recycled high density polyethylene, they can be rinsed and placed with other recycling. Best of all, milk bags use 75% less plastic than similar capacity plastic milk jugs.  Because milk bags are inexpensive, easy to recycle, and use significant less plastic than jugs, their popularity is growing  all over the world. 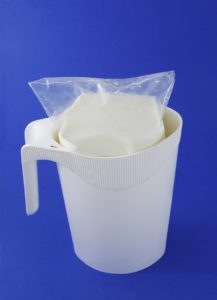 Milk bags are very popular in Great Britain amid concerns that plastic milk jugs are not being recycled at adequate levels.  At least two of the U.K’s largest grocery chains have switched over to milk bags from milk jugs in the last two years. Of course, detractors point out that milk bags are not as sturdy as plastic jugs and can puncture or burst if too much pressure is applied.  Milk bags also do not stand upright like harder containers and cannot be sealed once snipped open making them prone to spilling.  Perhaps for these reasons, milk bags are losing market share in many regions of the former Soviet Bloc where they were for years the most common packaging for milk.

Some analysts cite the “so called lower shelf appeal” of milk bags as the reason why U.S. supermarkets haven’t yet been eager to embrace them. Paper/cardboard half-gallon milk containers are also relatively friendly to the environment, especially if the empty boxes are worked into compost either at the residential or municipal level or rinsed well and recycled.  However, these cartons tend to be more expensive than plastic jugs because they cost more to make.  Several companies are working on ways to employ recycled paper and cardboard into larger jugs.

Until then, we will have to decide on our own regarding cost, convenience, or environment friendly options when determining how we “Got Milk?”